We anticipate that users will want to modify this menu. For example, to add a frequently used method or remove default files you don't plan to use. In this newsletter we will focus on  a new tutorial and tools we have developed for adding a new method to your open colorimeter.

The first step for adding a new method is to select a colorimetric assay. If you already know what assay you will use (e.g. Bradford's assay for measuring protein) then you are all set. If not, then you can start to do some research around commonly used colorimetric methods for the analyte you want to measure. Knowing what range you want to be detecting will also help narrow down which colorimetric assay to use. Assays are designed to measure within a specific range, so it's good to know whether you want to be in the 'low' versus 'high range'. Some assays may require additional equipment, or incubation steps. Looking for a simple assay is usually a good idea! The optimal LED wavelength to use is also determined by the colorimetric assay you are using. It's usually best to know where your peak absorbance will be so you can be sure you will have that wavelength available. For examples of experimentally determining the peak absorbance, check out our tutorials for nitrite, nitrate or ammonia. You can also search the literature as most commonly used colorimetric assays will report the optimal wavelength to use. We will write more about selecting colorimetric assays in another newsletter.

Once you have your colorimetric assay ready, the next step is to collect absorbance data for samples with known concentrations of your analyte of interest. For example, when adding a new colorimetric test for iron, we would use an iron standard (e.g. Iron standard, 200 ppm) to prepare a range of standard solutions. In the image below, we used the FerroVer® Iron Reagent Powder Pillows. This uses the 1,10 phenanthroline colorimetric method for measuring iron. The powder reagents are added to the test solution in a capped tube and shaken. Using the Open Colorimeter and an appropriate LED wavelength board (in this case we used a 470nm LED) absorbance data is generated for a range of 0-10ppm iron.

Once you have this absorbance data, the next step is to create a .toml calibration file with the following format:

Follow the instructions in this tutorial to create your custom .json file. For example, after running the iron .toml file through oc-cal, we get the following .json file. The tools also returns a plot that can be saved.

Next Steps: As we mentioned earlier, we have finished most of the big pieces of documentation for the Open Colorimeter now. We will be adding to it over time but in the meantime, if you have any questions please reach out via email to info@iorodeo.com. We also have submitted the Open Colorimeter for OSHWA certification and hope to have that completed soon! 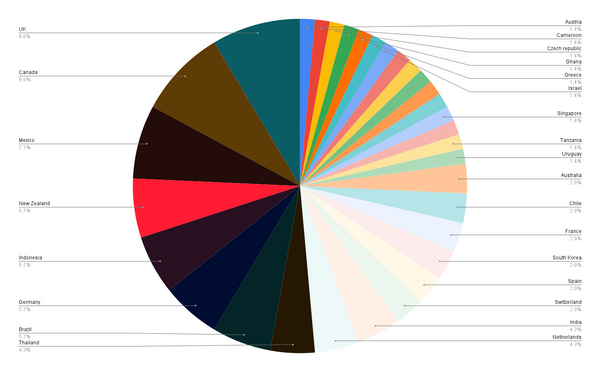 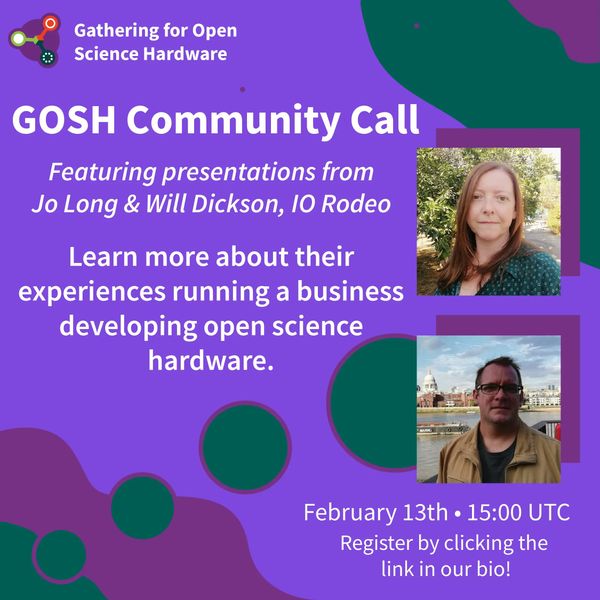